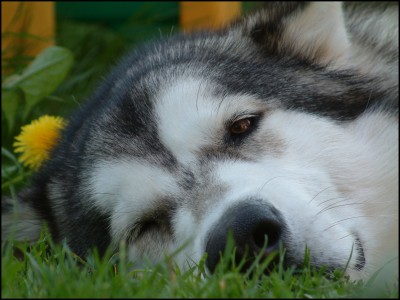 Elmo is our lovable retired elder. He loves nothing more than to be with his pack all the time!. He does get very down when the mini mushers are away at Grandma’s and the like..he loses his cheeky sparkle until they return. He has excelled himself on the trail..especially trekking long distances. He has also proven to be a fantastic packing dog, slow and steady..and never seems to tire!.. Due to Elmo being neutered he can only be shown at Companion/Fun shows.. this doesn’t stop him catching the judges eye – being consistently placed in the top 3 out of double figure entries.

Some of Elmo’s fantastic achievements: 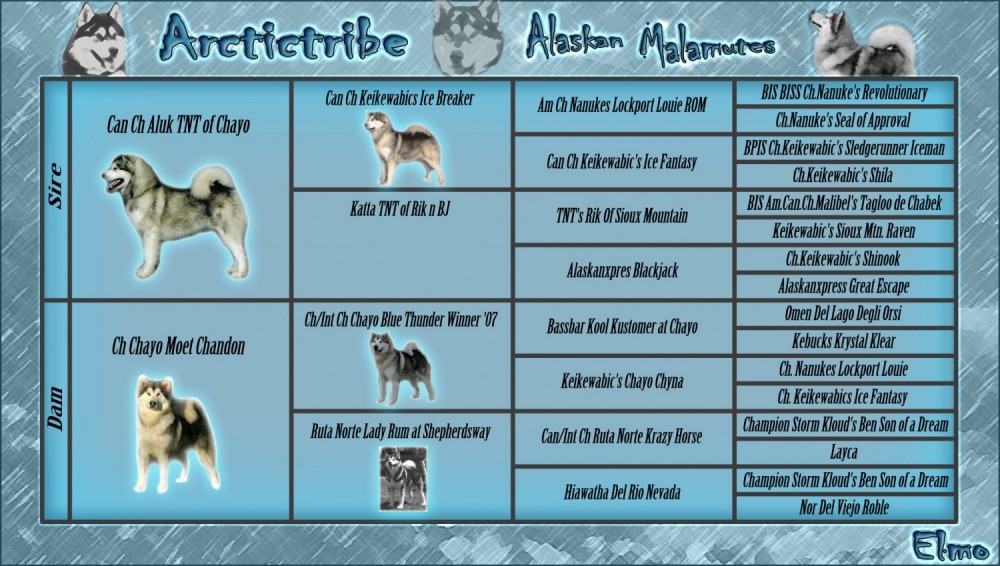